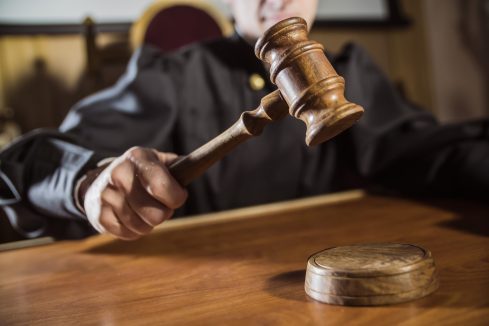 Company debentures may become more risky and expensive as a result of changes which are to curb… usury.

In July 2015, a new act on bonds entered into force. It was supposed to stimulate the market by introducing new types of debt instruments and improving the security of small investors. However, half a year has passed and already voices can be heard saying that a step back is taken by lawmakers in terms of the security of bondholders. The controversy is caused by the bill on the amendment of the Criminal Law and certain other acts. The bill contains many usury laws, including… an amendment of the Civil Code. A new article is to be introduced into the Civil Code, Article 387 (1), which would regulate all costs related to granting a loan, including also the costs involved in bond purchases.
“The proposed amendment to the Civil Code, if applied literally, is universal. It should be understood as applying not only to consumer loans, but also to any other forms of financing, both among consumers as well as professionals,” says Piotr Smołuch, a partner at Bieniak Smołuch Wielhorski Wojnar i Wspólnicy.

Security value
In accordance with the act on bonds, bond interest rate can be fixed freely. The bill does not change that. One of three paragraphs of the planned Article 387 (1) pertains, however, to securing claims “related to rendering pecuniary considerations”. It assumes that security for a loan will not be higher than the value of such loan increased by maximum interest for the period for which it was granted plus six months. Currently, maximum interest rate is 10 percent. It can be assumed that in 2017 they will not change seen as they are based on the reference rate of the National Bank of Poland. If the proposed provisions were already in force, in the case of a 10-year loan the security would reach 205 percent of the loan. In the case of a 3-year loan – only 135 percent. This is the issue with the planned changes.
“Usually, the security reaches about 120-150 percent of value of the bond issue. But there are also securities with higher value,” says Krzysztof Dziubiński, management board member at DM Navigator.
“The issuers with whom we cooperate provide a security of no less than 150 percent of the value of the issue. It is a standard because the market is now big enough for some standards to take shape,” states Michał Jarosławski, director of offering and advisory department of Vestor DM.

Not all bonds are secured. Many buyers of debentures experienced first-hand that security is often good on paper, but when it comes to its enforcement, it proves to be illusory. This, however, does not change the fact that in the case of a relatively short redemption date (up to 4 years) the provisions of law may reduce bondholders’ security.
“Some financial institutions have an internal policy concerning subscribing for bonds with about 150 percent security. And in the case of issue by smaller businesses, this seems to be the market standard. Large companies with good financial position will probably have no problem with handling this, but for small and medium companies the proposed change may mean that they will not be able to use financing through bonds,” explains Piotr Smołuch.

Contrary to his opinion, however, big issuers may also struggle. The prospectus of Ghelamco Invest approved in January 2016 provides for a bond issue with a value of PLN 350m. The company issued eight series of 4-year bonds with a value of PLN 280m which are also available to individual investors. Ghelamco Group is one of developer giants. However, Ghelamco Invest does not conduct any real activity. The entire credibility of the company is based on the guarantee granted by another entity from the group – Granbero Holdings. For the purposes of the bond issue, Granbero granted to Ghelamco a guarantee for PLN 630m. Given the 4-year redemption date of the securities and the value of the issue specified in the prospectus, it is possible that the maximum security could be only PLN 508m. This means that either investors would have to accept higher risk exposure or Ghelamco would have to materially change the structure of the offer. White & Case M. Studniarek i Wspólnicy, the law firm cooperating with Ghelamco, refused to comment on the amendment.

There should be no doubts
There are, however, those who do not agree with the restrictive interpretation of the issue of loan security in the proposed amendment to the Civil Code.
“I do not support the thesis that it will apply to bonds. Bond interest rate is exempt from the provisions of law on maximum interest a part of which is the paragraph on the security value in question. Inadequate editing of the provision, however, can lead to doubts. A court or the Polish Financial Supervision Authority may be of different opinion,” comments Wojciech Chabasiewicz, partner at Chabasiewicz Kowalska i Partnerzy in Cracow which worked on the bond issue programmes of Kruk (debt servicing) and PCC Rokita (chemical company).
Similar position was taken by dr hab. Paweł Wajda of Baker & McKenzie Krzyżowski i Wspólnicy. He does, however, recognize that there is a risk of a raise in the costs of financing through debentures.
“As a result of the reduction of overcollateralization on the basis of the proposed bill, bonds may appear less attractive to investors who will require higher interest on such bonds. But frankly it is just to be on the safe side,” thinks Paweł Wajda.