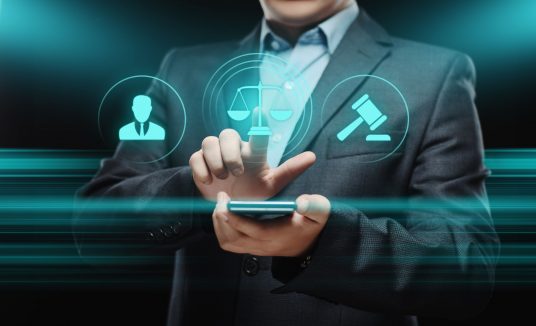 By introducing new laws the lawmakers intended to clarify the regulations on the fuel and natural gas market, however, as a result of the recently introduced regulations, some electric companies may lose their licenses.

Another amendment of the Energy Law and a number of new acts, including above all those regarding the energy market, in particular, liquid fuels market (acts on biocomponents and liquid biofuels, acts on the system of monitoring and controlling fuel quality and act on stocks) entered into force on 2 September 2016.

The new regulations were supposed to impose an order on regulations concerning fuel and natural gas market and improve transparency on the energy market, reads the justification of the amendment. The alterations to the Energy Law include the adding of a definition of liquid fuels (Article 3 point 3b of the Energy Law) and a provision introducing delegation of legislative powers in terms of issuing a regulation on liquid fuels the production, storage or handling, transmission and distribution and foreign trading of which requires a license and the import of which requires registration (Article 32 clause 5 of the Energy Law).

On 15 December 2016, the Minister of Energy issued the abovementioned resolution. It was published the same day and, under § 3 of the resolution, it entered into force the following day that is 16 December 2016.
In consequence of the entry into force of the resolution is such a short period of time, some electric companies may lose licenses held by them. Under Article 16 clause 4, Article 16a clause 1 and Article 19 clause 1 of the above amendment, by 16 January 2017:
1) energy companies which produce, store, transmit or distribute and trade in liquid fuels, also trade in such fuels abroad, based on licenses issued before the entry into force of the above resolution, have the obligation to apply for a change of the held licenses in order to adjust their terms to the definition of liquid fuels;
2) entities which, before the resolution entered into force, produced, stored or handled, transmitted or distributed and traded in liquid fuels, also traded in such fuels abroad, and which in the wake of the amendment and the resolution are obliged to obtain license or change the scope of a license already held are obliged to file an application for the grant or change of such license
3) foreign enterprises which, before the change entered into force, produced or traded in liquid fuels abroad, have the obligation to file an application for a change of held liquid fuel license in order to adjust their operations to the terms specified in Article 33 clause 1b point 1 and 3 of the Energy Law.

However, in accordance with the announcement of the President of the Energy Regulatory Office (URE), an application for a change of a license will not be just a formality and a simple update of a license. The President of the Energy Regulatory Office intends to revaluate if a given electric company has the infrastructure and resources necessary to run a licensed business (the President goes on to say that an application should “contain a set of documents and information enabling full verification of the formal, legal, organisational, technical and financial capabilities of a company to deal with specified liquid fuels”). Information provided on the website of the Energy Regulatory Office leads to believe that the scope of the required documents is so extensive that in some cases collecting them may take much more time.

A failure to file the said application within the prescribed deadline, i.e., by 16 January 2017, will result in the expiry of a license. What is more, electric companies which will file the application, will have only one chance to fill it in correctly,; if an application filed by them fails to meet the requirements of the President of the Energy Regulatory Office their licenses will also expire.

Business owners which will continue to sell fuel in spite of failing to meet their obligations risk being charged with a fine (up to PLN 5 m) and even imprisoned for a period from 6 months to 5 years (Article 57g of the Energy Law).

The amendment in question obligates energy companies to also meet a number of other requirements which have the purpose of adjusting their operations to the new regulations, including the obligation to file an application to be registered within the same deadline as the licence applications, unless such registration is not required in the case of given type of operations. However, due to the scope of the required documents, the exceptionally short deadline for their submission, limited options of correcting applications once they have been filed and the consequences of failing to comply with the amendment, the selected and outlined above provisions of law require particular attention.