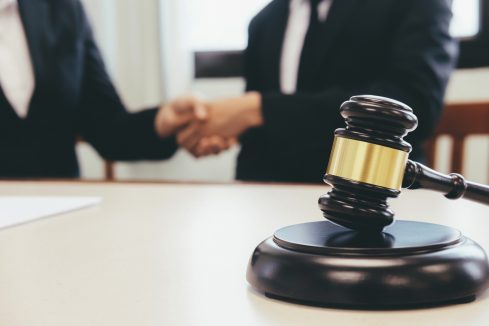 At the beginning of the year 2017, a bill was passed whereby businesses will have the right to choose whether they wish to resolve a consumer dispute amicably or whether they prefer to reach for the traditional option and go to court.

Is it obligatory to solve consumer disputes amicably?
To obligation to solve disputes with consumers amicably was imposed only on undertakings operating on the financial market in case of proceedings before the Financial Ombudsman.
In other cases, an undertaking can voluntarily join the consensual dispute resolution system by becoming a member of given trade organisation, having its name entered in the register kept by a relevant authorized entity or including a consent for the jurisdiction of the authorised entity in specimen contracts used in trading with consumers.

Which entities are authorised to solve disputes?
Proceedings are carried out by authorised entities, i.e., any entities which have been entered in the register kept by the President of the Office of Competition and Consumer Protection. Authorisation can be awarded to both a public entity (President of the Office of Electronic Communications, Trade Inspection or Arbitral Tribunal of Polish Financial Supervision Authority) as well as a private entity (entities set up in a given industry).

What are the methods of dispute resolution provided for in the act?
Consensual dispute resolution proceedings for consumer disputes may involve facilitating the approximation of positions of parties in order to settle a dispute (mediation), providing the parties with a settlement proposal (conciliation) and settling a dispute and imposing a solution on the parties (arbitration).
Importantly enough, only the settlement of a dispute by way of arbitration will be binding and only if the parties were informed beforehand of its binding nature as well as the consequences of non-compliance and only if they consented to such settlement.

What are the obligations of an undertaking seeking to solve a consumer dispute consensually?
If an undertaking seeks to solve a consumer dispute consensually (whether by choice or as required by a statute), it must notify the consumer of the entities authorised to settle the dispute. Such information must include at least the website address of the authorised entity and must be provided in a manner which will be clear and accessible to the consumer, also on the website of such undertaking (if the undertaking has one) and in specimen contracts concluded with consumers (if the undertaking uses such specimen contracts).
If an undertaking concludes at the same time sales contracts and service contracts via the Internet, it is also bound to provide electronic link to the ODR platform (https://webgate.ec.europa.eu/odr/main/index.cfm?event=main.home.show&lng=PL).

Does the act introduce any obligations binding upon all undertakings?
Yes. In the case of rejection of a complaint filed by a consumer it is the obligation of each undertaking to inform such consumer (in writing or via any durable medium) about the entity authorised to resolve the dispute and to make a statement on the consent to having such dispute solved by said entity. It should be noted that in case of a failure to make a statement it is assumed that an undertaking consented to participate in proceedings. The act does not specify the deadline within which the above obligation should be met.
The above obligation applies to disputes which result from complaints filed after 10 January 2017.

Interruption of limitation period
In accordance with the act, initiation of consensual dispute resolution for a consumer dispute results in an interruption of limitation period of a claim serving as basis for the dispute.
The obligation to address consumer’s complaint
What is more, the act also introduces a material change in the Act of 30 May 2014 on Consumer’s Rights.
In the case of complaints filed after 10 January 2017, undertakings will be bound to respond to complaints filed by consumers within 30 days of their receipt. If an undertaking fails to meet the deadline, it is deemed that it recognized such complaint. Response should be given in writing or via another durable medium. It is worth noting that so far it had been obligatory to respond to a complaint only in the telecommunication industry (under the Telecommunication Law of 16 July 2004) and the tourism industry (under the Act of 29 August 1997 on Touristic Services).

The effects of the introduction of the consensual dispute resolution system
The purpose of the new regulations is to ensure that consumers have an alternative way of resolving disputes with undertakings. Alternative dispute resolution methods are based on time effectiveness, reduction of formalities (as compared to action in court), voluntary participation, guarantee of confidentiality and the participation of a neutral and unbiased expert. As a result, both parties have a chance of reaching a mutually satisfactory solution without the need to get into long-term and expensive court proceedings.

It is hard to say if the new regulations have the desired effect. Let’s remember that in the end it is the undertaking who decides whether or not to employ alternative dispute resolution for consumer disputes. The new regulations are therefore a kind of a trial for the market the result of which will show if companies are mature enough and open to alternative dispute resolution.