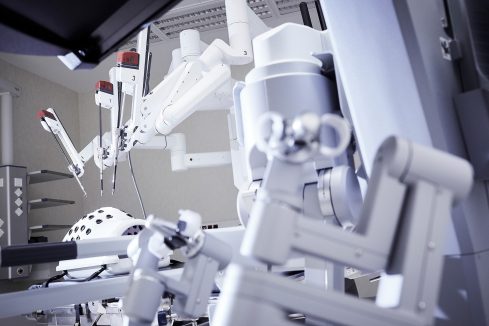 An online training simulator for surgeons performing procedures with the da Vinci robot has arrived at Kliny Hospital [Szpital na Klinach]. The SimNow simulator is the first online training tool of its kind in Poland. act BSWW has contributed to the success of the transaction and delivery of the equipment.

Within just a few months, Kliny Hospital has become one of the most efficient and patient-friendly medical facilities in Central and Eastern Europe. The hospital’s success has been driven by the combination of the best doctors in their fields and state-of-the-art technology. Kliny Hospital, a landmark healthcare project in the Polish market, has been assisted by act BSWW from the very beginning.

The law firm represented the hospital in negotiations with the provider of the da Vinci surgical system (one of just seven used in Poland). Recent days have seen the execution of an agreement for delivery of an online training simulator for surgeons performing procedures with the da Vinci robot. The SimNow simulator is the first training system of its kind in Poland. It is produced and patented by an American corporation, Intuitive Surgical.

“We are pleased to have been given the opportunity to advise on the purchase of the cutting-edge da Vinci technology, which has further led to the delivery of the simulator,” says Piotr Smołuch, Managing Partner at act BSWW, who headed the project team.

The da Vinci robotic surgical system is an advanced medical technology of immense potential. Not only does it facilitate surgical procedures that are key for successful treatment of most common conditions, but it also helps tackle many treatment challenges, e.g. by mitigating the risk of postoperative complications and reducing the patient recovery period.

“From the moment our healthcare facility opened, we have seen growing interest in robot-assisted procedures. Their benefits attract a lot of interest from patients and, most importantly, doctors whose job is to come up with a treatment plan that will be best suited to the patient’s needs. Surgical procedures performed with the da Vinci system, offering instruments designed with seven degrees of freedom and equipped with micro-tools that allow 10-fold magnification of the 3D vision of the surgical field, are as precise as it gets,” says Joanna Szyman, Management Board President at Kliny Hospital.

Over 5000 da Vinci surgical systems have been installed worldwide. They are used for approx. 170 types of surgical procedures, especially uterine surgeries, prostatectomy and large bowel resection, but also bladder and kidney surgeries. The number of procedures assisted by the da Vinci robot grows every year. One million operations were carried out with this technology in 2018, marking a 18% growth against the previous year. So far, 6 million da Vinci robot-assisted operations have been conducted worldwide.