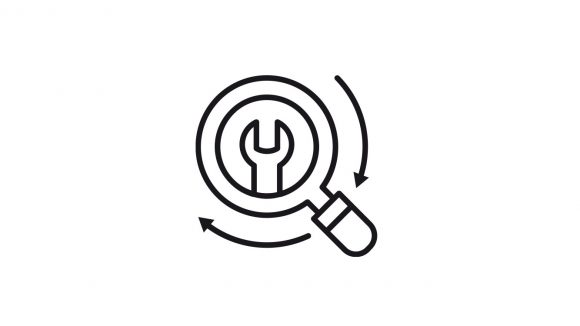 Restructuring and bankruptcy at the time of #coronavirus

On 13 March 2020, the Polish government announced the state of epidemic threat due to COVID-19, more commonly known as the coronavirus. The days that followed saw the government close the Polish borders, impose a mandatory 14-day quarantine for Polish citizens returning home from abroad and ban international air and rail travel. Malls, pubs and restaurants have been partially closed, with fairs, exhibitions, congresses, conferences and meetings cancelled. All activities related to sport, entertainment and leisure have also been suspended. Without a doubt, these and other warranted measures meant to curb the spread of the epidemic will affect the liquidity of many businesses.

Legislative solutions are being introduced gradually to help business survive the economic turmoil. Regardless of the government’s help offered in the face of the pandemic crisis, business owners would be well advised to stay on top of the situation and take appropriate steps to navigate the crisis.

Business owners should take steps towards restructuring and renegotiate cooperation terms sooner rather than later. It may also be a good idea to reach out to creditors to discuss potential repayment solutions. Worst case scenario, businesses may be forced to file for restructuring, or even bankruptcy (own or contractor’s).

When to file for judicial restructuring?

Generally speaking, restructuring proceedings are designed for debtors who are either insolvent or facing insolvency. So, filing for restructuring should be considered by any debtor who is not able to reach an out-of-court agreement with its creditors on debt restructuring terms and believes it will not be able to pay its debts as they fall due. In this type of proceedings, an arrangement is adopted when the majority of the voting creditors, representing at least two-thirds of the total claims participating in the voting, vote in favor of the arrangement (in the case of arrangement approval proceedings, the majority is counted based on the number of all creditors entitled to vote, and not only those who exercise the right to vote). This means that the decisions made during restructuring proceedings by the majority of the creditors are binding on the rest of them.

Restructuring proceedings should be also considered by a business which has not been paid by its key client and knows that as a result it is about to suffer cash flow difficulties because this may bring about its insolvency. Practice shows that restructuring proves successful if the application for restructuring is filed well in advance, which is soon after the first signs of financial trouble, when the debtor is still able to pay its debts on time, in spite of facing insolvency. Unfortunately, the majority of restructuring applications are filed much too late, when the debtor is deep in financial distress and the odds of survival are slim.

Four types of restructuring proceedings – how to choose?

Arranging with creditors in restructuring proceedings – what are the available solutions?

An arrangement proposal sets out the plan for the repayment of the insolvent company’s debt. It may include the following restructuring tools:
1) payment date rescheduling;
2) division of the payment into installments;
3) debt reduction;
4) debt-to-equity conversion;
5) modification, replacement or cancellation of the security interest created for specific debt;
6) grant of a loan to the debtor or modification of the legal relationship or rights, or creating a security interest for the debt;
7) sale of the debtor’s assets.

If a business files for restructuring, does it still have to file for bankruptcy?

If a business files for restructuring or arrangement approval, it is not exempt from the obligation to file for bankruptcy. However, as soon as the restructuring proceedings are opened (or the arrangement submitted as part of arrangement approval proceedings approved), the debtor is no longer required to file for bankruptcy, meaning that the court must grant the application – and must do so within 30 days from the day when the debtor became insolvent – in order for the debtor to be exempt from the obligation. Given the workload of the courts and the pace at which they work (which is expected to slow down even more during the epidemic), applicants filing for restructuring may have to wait a while before their applications are examined. The implications may be severe for those with the obligation to instigate the proceedings (the debtor’s representatives) – they may be held liable for belated filing of the bankruptcy application under civil or criminal law.

To solve this issue the business which filed for restructuring and in the meantime became insolvent should within 30 days file for bankruptcy as well. If both applications are filed, the one seeking restructuring will generally have the priority. The rule according to which the restructuring application has priority stems from the assumption that the goal of restructuring proceedings is to avoid the debtor’s bankruptcy by enabling the debtor to restructure its debt through arrangement with creditors and, in the case of remedial proceedings, remedial measures (without prejudice to creditor’s rights).

If a business becomes insolvent due to the coronavirus pandemic, it remains obligated to file for bankruptcy and the debtor’s representatives may still be held liable for belated filing of the application. Each business which becomes insolvent is required to file for bankruptcy within 30 days from becoming insolvent, irrespective of the reason for insolvency (even if insolvency has been caused by measures aimed at curbing the spread of the epidemic or key client’s failure to pay resulting from the coronavirus outbreak).

Under the Bankruptcy Law, there are two tests that may be applied to determine if a business is insolvent: the cash flow test and the balance sheet test. The cash flow test looks at whether a business is able to pay its liabilities (a debtor is presumed not to be able to pay its debts as they fall due if the delay in payment exceeds 3 months). The balance sheet test determines if the debtor’s assets are less than is liabilities (a debtor is presumed to be insolvent if its liabilities exceed its assets for a period of no less than 24 months).

We will be happy to answer any questions you may have, also ones regarding the coronavirus crisis. Our lawyers provide comprehensive advice on bankruptcy proceedings (incl. pre-pack bankruptcy) and restructuring proceedings, and will help you through business negotiations and litigation, incl. court disputes arising from failure to perform or inadequate performance of contractual obligations. They will analyze your contracts in terms of force majeure clauses, provide adequate tools to mitigate financial risks and efficient legal solutions.

We are fully available to answer any of your questions. Contact us any time by e-mail, phone or instant messengers.