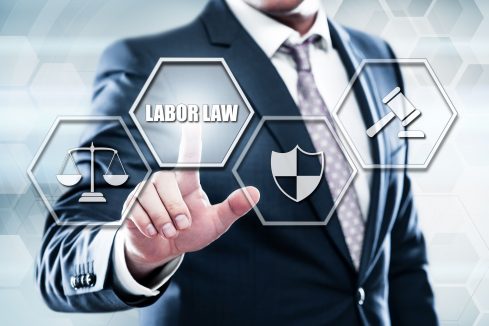 On 1 January 2017, a few very important changes in the field of labour law have entered into force. The modifications cater for both sides of employment relationship – the employer and the employee. The text below discusses the recent key solutions.

Minimum salaries not that low any more
As of 1 January 2017, the minimum salary under an employment contract is PLN 2,000 (last year it was PLN 1850). What is more, the law sanctioning the payment of 80% of the minimum salary over the first year of employment was repealed. From 1 January 2017, all employees, regardless of the term of their employment, should be rewarded with the prescribed minimum salary. The change materially profits employees. The question remains what will be its impact on employers (especially small ones which take first steps on the market). Middle-level employees, who earn PLN 2,500-3,000, may also be disgruntled seen as their circumstances remain unimproved by the new regulations (they may even make it more difficult for them to fight for a raise and level them with less qualified junior workers). The raise of the minimum salary sends ripples through other aspects of employment, for instance, it will affect the value of: night shift differential, severance pay for termination of employment for reasons unrelated to employees, sum exempt from deductions.

Contracts of mandate increasingly similar to employment contracts
A minimum hourly wage was introduced as well as an obligation to register work hours in the case of contracts of mandate. In 2017, the minimum hourly wage for persons employed under mandate contracts (Article 734 of the Civil Code) and service contracts (Article 750 of the Civil Code) is PLN 13 gross (indexed annually). The modification in question does not apply to agency contracts and specific work contracts (although it was said that those contracts as well would face revolution in the near future). The new regulations also do not concern contracts under which it is the mandatee or service provider who decide about the venue and time of the performance of a mandate or a service and the mandatee and service provider are paid a commission. Only natural persons are entitled to minimum wage. Interestingly enough, if more than one person commits to perform a mandate or a service together, each of such persons is entitled to the minimum hourly wage. The obligations outlined above apply as well to mandate contracts and service contracts which have been concluded before 1 January and are still binding.

Reasonable deadline for appealing against a notice of termination
As of 1 January 2017, the deadlines by which the employee can appeal against notice of termination or termination of employment without notice are extended and standardised to 21 days (under the previous regulations the employee had 7 days or, in the case of dismissal on disciplinary grounds, 14 days). Seen as labour law proceedings are growing increasingly longer, the previous 7-day deadline for filing an appeal against termination of employment with a labour court seemed unreasonable. Moreover, different treatment of an employee who was dismissed on disciplinary grounds and an employee who was served a notice of termination was groundless and baffling. The new regulations apply to deadlines which have not expired before the entry into force of the act in question. This change is very welcome but now the lawmakers are face with a much more challenging task – improving the judicial system so that in case of an improper termination of a contract by the employer, the employee has a guarantee of being swiftly reinstated in his or her post instead of fighting a lengthy battle before a court.