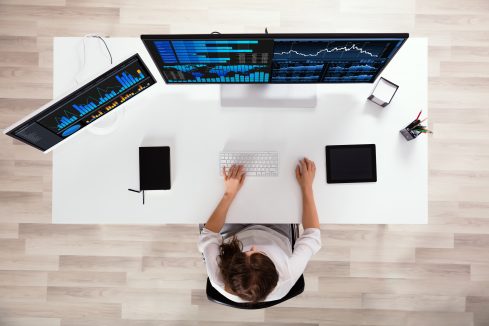 In a much anticipated judgement of 25 January 2017, case file No. C‑367/15, the Court of Justice of the European Union found that the provision of the Polish act on copyright and related rights, whereby a right holder whose economic copyrights were infringed is entitled to request that the infringer pay double the sum which would have been due, if the right holder had given permission for the work to be used is consistent with European law.

The judgement referred to hereinabove is essential from the perspective of law enforcement by economic copyright holders.

By way of a reminder, the judgement was passed in connection with the dispute between Stowarzyszenie Filmowców Polskich (SFP), an organization for collective management of copyright, and Stowarzyszenie “Oławska Telewizja Kablowa” (OTK), broadcasting television programmes by means of a cable network in the town of Oława. The action brought by SFP sought, i.a., to request the payment of lump sum damages equal to three times the appropriate remuneration (Article 79(1)(3)(b) of the Copyright Act).

The Supreme Court examining the appeal on a point of law became doubtful whether or not the above said provision of copyright law, whereby it is possible, at the request of a person whose economic rights of copyright have been infringed, for compensation to consist in payment of a sum of money corresponding to twice or three times the amount of the appropriate fee, is compatible with the European law, to be specific with Article 13 of Directive 2004/48 and, in consequence referred a question to the Court of Justice for a preliminary ruling. The Supreme Court had particular concerns whether the penalty imposed on the infringer provided for in the Polish law is not excessively severe – considering the compensatory nature of damages – and therefore whether it is admissible.

Before the contemplated judgement was passed, the Polish copyright regulations had been examined by the Constitutional Tribunal. As a result of a constitutional appeal, under a widely-discussed judgement of 23 June 2015, case file No. SK 32/14, Article(79)(1)(3)(b) of the Copyright Act was found to be partially unconstitutional in so far as that provision permitted a person whose economic rights of copyright were infringed to claim, in the event of a culpable infringement, payment of a sum corresponding to three times the amount of the appropriate fee. In the opinion of the Constitutional Tribunal, the law maker, in pursuit of the fullest possible protection of economic copyright holders, breached the rule whereby the least severe enforcement measure of those available should be selected. As a result, the provision in question provides for excessively severe penalty and is a too deep an interference into the horizontal relations between entities involved in a dispute for economic rights.

Seen as the Constitutional Tribunal examined only a part of Article 79(1)(3)(b), the provision in question remained in force in so far as it provides for a claim for the payment of lump sum damages, however, equal to two times the due remuneration. On these grounds, Polish courts started to pass judgements awarding to right holders the right to request the payment of such damages, regardless of culpability of the infringer (e.g. judgement of the Court of Appeals in Łódź dated 27 July 2015, case file No. I ACa 110/15).

The judgement of the Court of Justice of the EU was therefore supposed to decide, in the context of the EU law, on the admissibility of applying Polish provisions of law allowing a right holder to request flat rate damages equal to the multiple of (in this case double) a hypothetic due remuneration.

As stated at the outset, the EU court found that the European law is not in conflict with state provisions of law which provide a right holder with an alternative in terms of seeking compensation for damage suffered on general rules and requesting the payment of a sum equal to double the due remuneration which would have been due, had the right holder granted its consent for the use of work.

The CJEU noted that directive 2004/48/WE introduced certain standards of minimum protection of right holders and prohibits the introduction of measures provided for further protection. It follows from the very nature of lump sum damages that the value of damage suffered does not always have to correspond to the value of the awarded damages.

It is worth noting that according to the CJEU the provisions of the above said directives should not be interpreted as a prohibition of introducing a protective measure which would entail a form of a penalty; the Court of Justice had doubts whether Article 79(1)(3)(b) could actually be described as such (this allegation is often raised by the opponents of the construction accepted under the Polish provisions of law).

The CJEU reminded that the payment of a hypothetical license fee could not always compensate a right holder fully for the suffered damage because it may fail to include expenses related to infringement. Our experience shows that the conclusion is accurate. Potential abuses related to such requests should be remedied in individual cases by a court (e.g. a claim that the right holder abused the right).
In the discussed judgement, the Court of Justice took the side of economic copyright holders.

Does it mean the end of controversies around Article 79(1)(3)(b) of the Copyright Act? I do not think so. It should be noted that the Court of Justice of the European Union does not determine whether the provision of question in so far as it grants the right to request double the due remuneration is constitutional. It is safe to assume that sooner or later this question will be referred to the Constitutional Tribunal as well. There is no guarantee it will share the position of the European court.

For now, however, economic copyright infringers will not find peace.