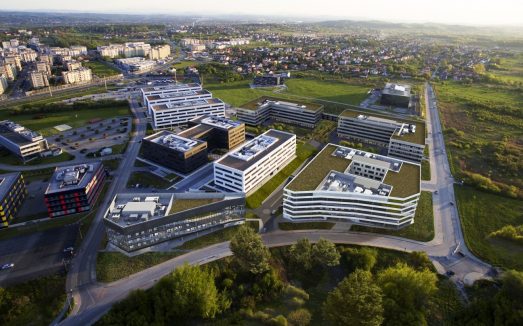 Business operations in the complex can be run on preferential conditions. DOT Office’s neighbors are research and scientific units of the Jagiellonian University, as well as independent international business institutions. There is also a surface parking lot nearby, operating in the “Park & Ride” model, as well as a strategic public transport hub, Czerwone Maki, with an option to quickly reach the city center by tram. The developer pays a lot of attention to external areas – there are relax zones between the buildings, allowing employees to rest among green plants. DOT Office has a kindergarten, clinic, fitness club, hair salon, grocery store, bakery, cafe, several restaurants, newsstand, ATM, parcel pick-up/drop-off point and bike parking racks.

“For years, we have been supporting Buma Group in a comprehensive range of legal aspects of its investment projects – from transaction-related issues, through financing, to leasing,” says Michał Wielhorski.

act BSWW assisted Buma Group in acquisition of land for DOT Office project (legal due diligence, transaction advisory), development and financing (construction and investment credit facilities). It is now supporting the Client in the leasing process.