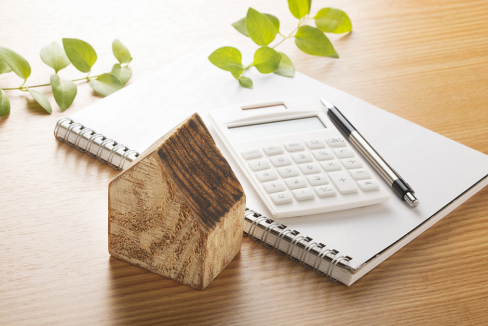 The provisions included in sections 148-159 of Budget Act 2017 have the purpose of providing for conductive conditions to attract foreign capital to the Italian market and putting an end to the growing migration of young, educated Italians abroad, making it easier for academics living abroad to go back.

This short article focuses only on the former of the issues – the regulations aiming to encourage foreign capital investments on the Italian market.

Pursuant to the provisions of section 148 of Budget Act 2017, a new subsection 26-bis is added to the consolidated text of the regulations regarding immigration. The subsection is titled “Ingresso e soggiorno per investitori” (“Arrival and residence for investors”) and it simplifies the procedure of issuing visas and residence permits for foreigners who intend to make significant investments in Italy.

In order to obtain this special visa for a term of two years (renewable in certain cases for another 3 years), which visa not without a reason is called an “investor visa” and which allows for entry and residence in Italy for a term of more than 3 months, the applying foreigner should file a set of documents in line with the procedure to be determined under an inter-ministerial regulation. Applications in this procedure will not be subject to restrictions determined in the “regulation on migration” (the purpose of which is to stop the growing immigration of foreigners).

In accordance with the procedure described in detail by the regulation of the Minister for Economic Development, upon the approval of the Minister of Internal Affairs and the Minister of Foreign Affairs and in accordance with the rules of international cooperation, in order to meet the requirements stipulated in the regulations, a foreigner applying for a visa should submit the documents listed below, issued within 90 days from the entry into force of Budget Act 2017:

 a copy of travel document the validity of which is longer than the validity of the requested visa by at least three months;
 documentation certifying: (i) the availability of the minimum value of investment or donation specified above and ii) the circumstances allowing for the transfer of such sum to Italy;
 a certificate showing that the funds come from a legal source;
 a written statement containing a detailed description of features and recipients of investment or donation.

Apart from the so-called investor visa, another novelty was introduced under section 152 of Budget Act 2017 – a new subsection 24-bis added to the consolidated text of the Income Tax Act (TUIR), The subjection is titled: “Opzione per l’imposta sostitutiva sui redditi prodotti all’estero realizzati da persone fisiche che trasferiscono la propria residenza in Italia” (“Option of an alternative tax on income earned abroad by natural persons who move their place of residence to Italy”).

Those tools are meant to encourage Italian entities and/or foreign non-residents to move their place of residence to Italy.
Should such entities decide to move their tax residence to Italy they may choose to tax their income earned abroad with a flat rate tax of EUR 100,000 per each fiscal period; using this option is possible on the condition that within 10 years before moving the place of residence to Italy the applicant had lived abroad for at least 9 years (meaning he or she were not paying taxes in Italy).
The main features of this option include:
• validity of up to 15 years and may be revoked;
• may be put on hold in the case of neglecting to pay the alternative tax or paying it partially;
• may be extended to one or more family members of the applicant on the condition that they move their place of residence to Italy and within the last 10 years they had not been paying taxes in Italy for at least 9 years (each next family member is required to pay EUR 2,500 annually as the alternative tax);
• the flat-rate alternative tax also concerns income generated as a result of sale of share blocks, starting from the sixth year when this option is available;
• may be used only after obtaining a positive response to the application filed with Agenzia delle entrate (tax office).
Alternative tax should be paid once within the deadline specified with respect to the payment of income tax and is not deductible for the purpose of any other tax or contribution. The methods of application, change or revocation of the option and paying alternative tax should be determined by Agenzia delle entrate under a regulation of the director which should be issued within 90 days from the act’s entry into force.
The effort of the Italian law makers put into attracting the capital and entities to Italy is significant.

It is, however, essential to analyse the texts of the inter-ministerial regulations, which are extremely important for the outlined procedure and which should be passed by the end of March.